Just a short note what caused the issue for me. I started with the usual suspects like the PLA and the TTL logic U13 and U25. Unfortunately the screen still remained black and even the Dead Test Cartridge revealed nothing.
After some further testing with the scope I noticed that the /HALT signal on pin 2 of the 6510 cpu was kept low all the time. Because the signal is active low (indicated by the /) the cpu is constantly on halt.

Looking at the schematics (http://personalpages.tds.net/~rcarlsen/cbm/c64/SCHEMATICS/250407/) the /HALT signal (or /RDY in the schematics) is driven by logic U27 (MOS 7712, Quad 2-Input AND Gates). MOS logic chips are known for their high failure rate and with the scope I could see that even when both inputs on pin 9 and 10 are high the output on pin 8 was low. Replacing the MOS 7712 by a 74LS08 solved that and I got at least the starting screen. 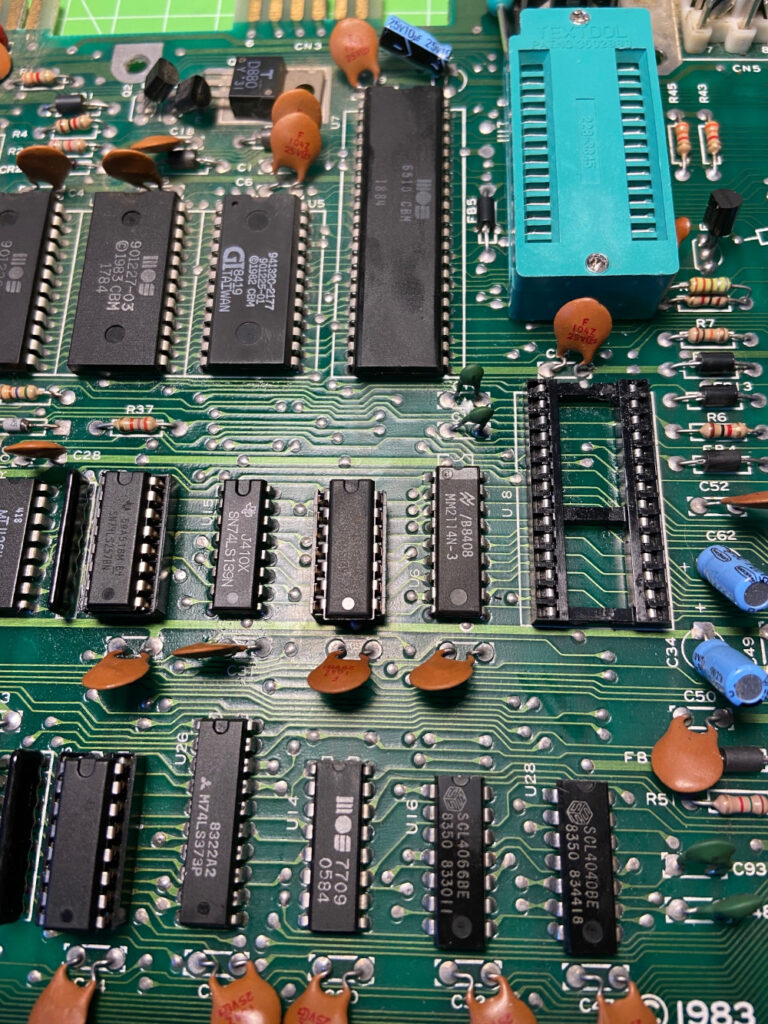 But the Dead Test Cartridge showed weird characters in different colors on the screen. Since I was on it I also replaced the MOS 7709 later on with a 74LS258 and that fixed that issue too.
Unfortunately I have to dig deeper since I still get random black screens. After a power cycle it seems to work as expected though further testing is required.